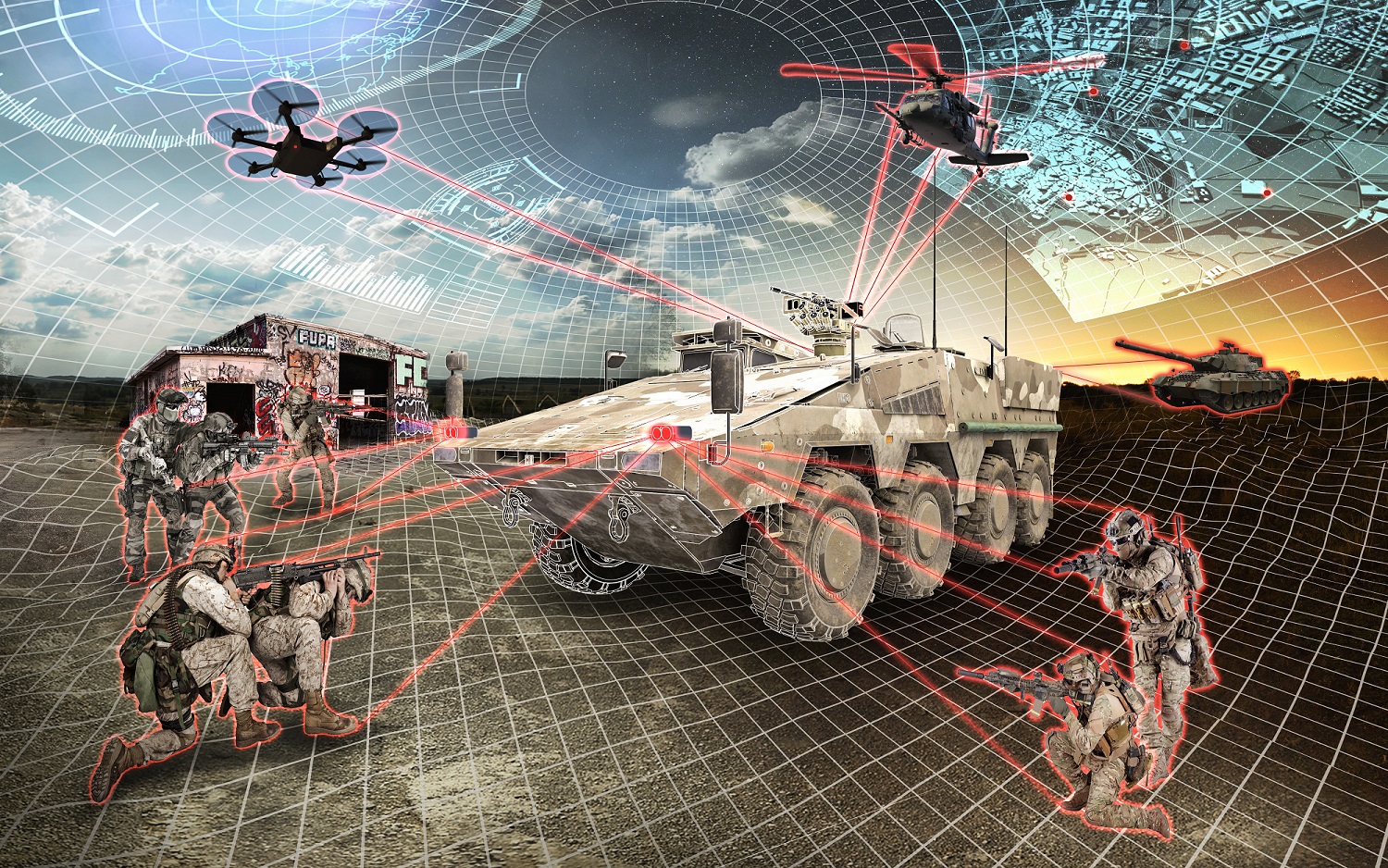 A seamless 360° Field Of View (FOV) during complicated missions increases combat efficiency and safety of a military vehicle and its crew.

Whether it’s blinding sunshine, clouds, fog, snow, situations with too little light, or no light at all, heavy rain or a smoke screen raised by the enemy that lies in the way, navigating a battleground can be difficult and dangerous. Having unobstructed sight is the key to keeping an army team safe and making combat more efficient. The new FALCONA and AQUILA systems increase crew and combat safety by detecting outside threats and by making it easier to maneuver in complex situations.

No matter the distance, your crew has an unobstructed view in even the most challenging circumstances, thanks to modular optical sensors operating in different spectral ranges, such as low-light CMOS (daylight), Short Wave Infra Red (SWIR) and Long Wave Infra Red (LWIR). Their names, inspired by birds of prey, match their value proposition: a sharp, hawk eye view in any tense situation.

By mounting multiple rugged cameras on the vehicle with overlapping fields of view and using advanced imaging and software, our advanced systems are able to create a 360° image that gives your staff the agile scope that they need. Our solutions allow your crew to have a real time and seamless 360° overview and to switch between bird view, rear, left, right and front views.

A seamless 360° Field Of View (FOV) during complicated missions increases combat efficiency and safety of a military vehicle and its crew.

FULL VISIBILITY IN ALL CONDITIONS

Optimum sight during day and night time, visibility through all weather conditions

Adaptable to any military compliant vehicle and into all the vehicle’s control systems.

State of the art video processing

Seamlessly connecting the input from different cameras to shape a 360° environment forms the backbone of both systems. Besides, the delay (or latency) caused by the processing of the raw images was brought to a minimum, making it a truly stunning piece of engineering. A personal, real-time video stream on every display in the vehicle facilitates fluent communication and affords efficiency within the team. It enables the team to react more quickly to dangerous situations.

The extraordinary quality of the sensors and lenses used, the powerful state of the art Graphic Processing Unit (GPU) and the sensational video editing software together form a rare combination of functionalities. Nedinsco’s FALCONA and AQUILA are therefore unique in the market.

The future is near: AI integration for enhanced detection

The development of our 360° systems continues, even after the introduction of the FALCONA, FALCONETTE and the AQUILA. A promising functionality that is being worked on behind the scenes is the addition of AI technology with which the images made by the cameras can be analyzed and interpreted in real time. With a powerful GPU on board, it is possible to use machine learning to train an algorithm that can identify and track objects from great distances and can give advice on what to do next. This makes it possible to make faster decisions in combat and to be better prepared for possible dangers from outside. This way, Nedinsco will continue to make a difference in the future, in order to make the work of those who protect us safer.

We know all about the high-end technologies needed to design and manufacture the best possible vision systems.

Image merging technologies by Nedinsco To provide the best visibility under all conditions, it is […]

SWIR imaging allows the crew of an armored vehicle to look through haze, fog, sandstorms, snow and glass, providing them with optimal visibility.

The OTUS camera is a full-HD, ruggedized camera for safe driving in any combat or surveillance situation and in all conditions. Details 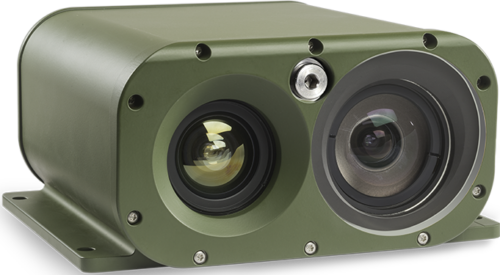 The OTUS Dual Cam is a ruggedized, full HD camera with Dual Field of View for armoured vehicles and Safety & Security applications Details